Dave Mullen Jug and Alayne Duncan Shield / Salver will be held at Oxley Golf Club on Sunday May 2nd, 2021.

Entries are now closed. See the Tee Times & Draw below.

The event was designated by Oxley Golf Club to be run as its Angus Buchanan Event.
From 1965 to 1971 this was known as the Dave Mullen Jug. This event has been presented to honour Dave for his outstanding service to our Club. Dave joined the Committee in 1943
– Original Member of the Greater Brisbane Golf Association
– Signatory to the Brisbane District Golf Association
– Representative to the BDGA for Oxley from 1950-1966
– Honoured with Life Membership in 1953

Previously played in conjunction with the Dave Mullen Jug, women will compete for their own trophy in the Alayne Duncan Shield / Salver.
This event has been named after Alayne who has been a stalwart of Oxley Golf Club.
Joining Oxley in 1970, Alayne served as
– Captain from 2002 – 2006 and has won an amazing 11 Club Championships
– 10 Senior Club Championships
– 10 Mixed Foursomes and
– 4 Foursomes Championships.
Alayne was also a member of the Brisbane & District Ladies Golf Association Management Committee from 1994 – 1996 & 2009 and won the BDLGA Championship in 1987 & 1988, BDLGA Veterans Championships in 2008. 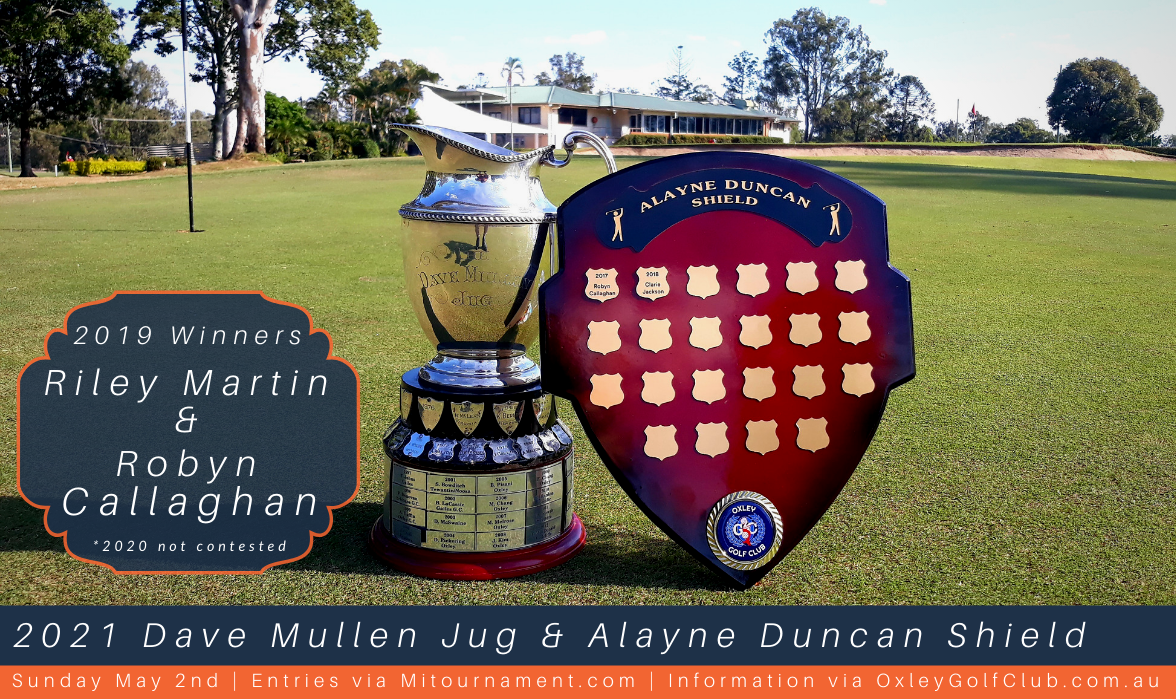